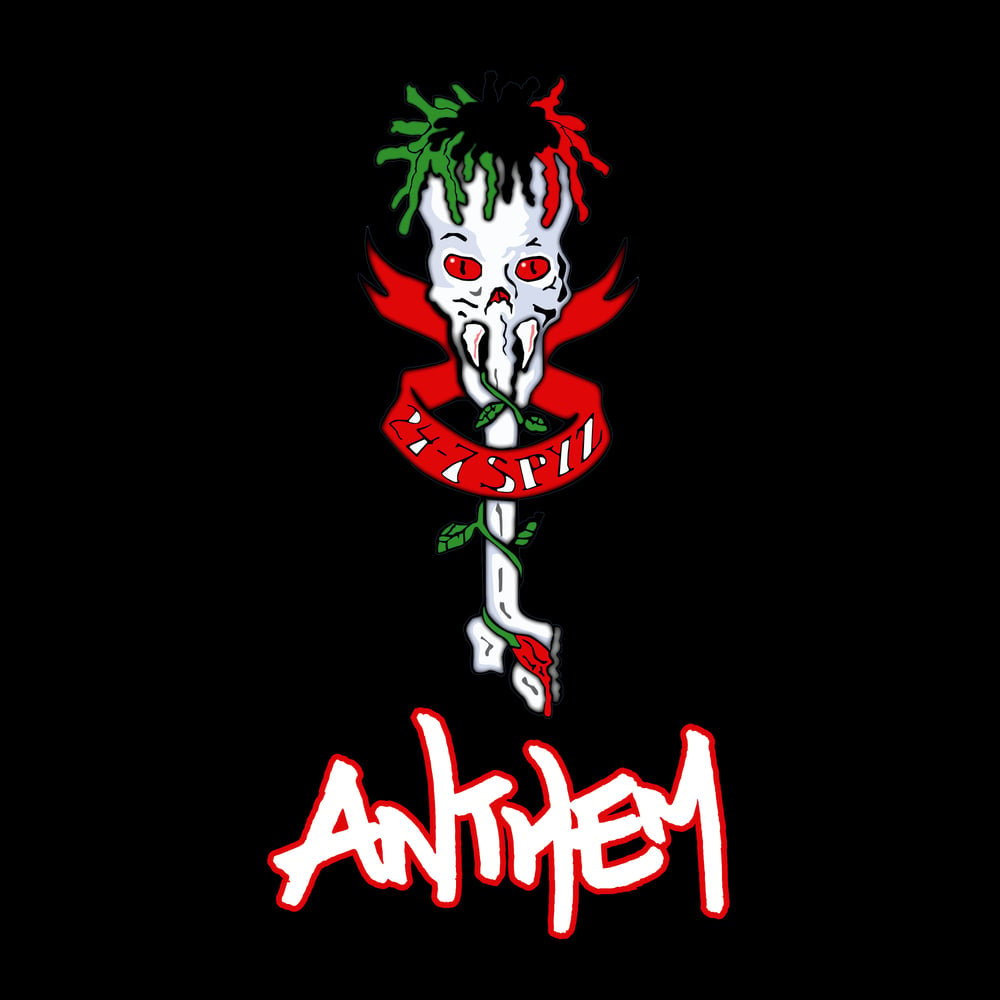 The "Heavy Metal Soul" band 24-7 Spyz releases it's first new music since 2006 with a single called "Anthem". It is the first offering from the band which includes founding members Jimi Hazel (guitar & vocals), Rick Skatore (bass & vocals) and two new massive members, guitar legend Ronny "Head" Drayton(e) and drum legend Philip "Fish" Fisher! The four members have banded together in a spirit of brotherhood to create exciting new music that builds on the highly influential musical sounds laid down by 24-7 Spyz and expanding it. They are joined on the single by Peter Wetherbee (percussion), E1 Ten (backing vocals/rap) and Maikal X (backing vocals/rap).
"Anthem" is our way of reintroducing ourselves to the ears of those that know and the virgin ears of those that will know who and what Spyz does, says Jimi Hazel. We've been blessed to have loyal, music loving fans for decades and plan on gaining new fans as we write a new chapter in the book of 24-7 Spyz!
“Anthem” is the first glimpse into the forthcoming full length album entitled "The Soundtrack To The Innermost Galaxy", which will be released this fall on "Fraternity Music Group / Gumbo Recording Company".

Postal rates are high for overseas.