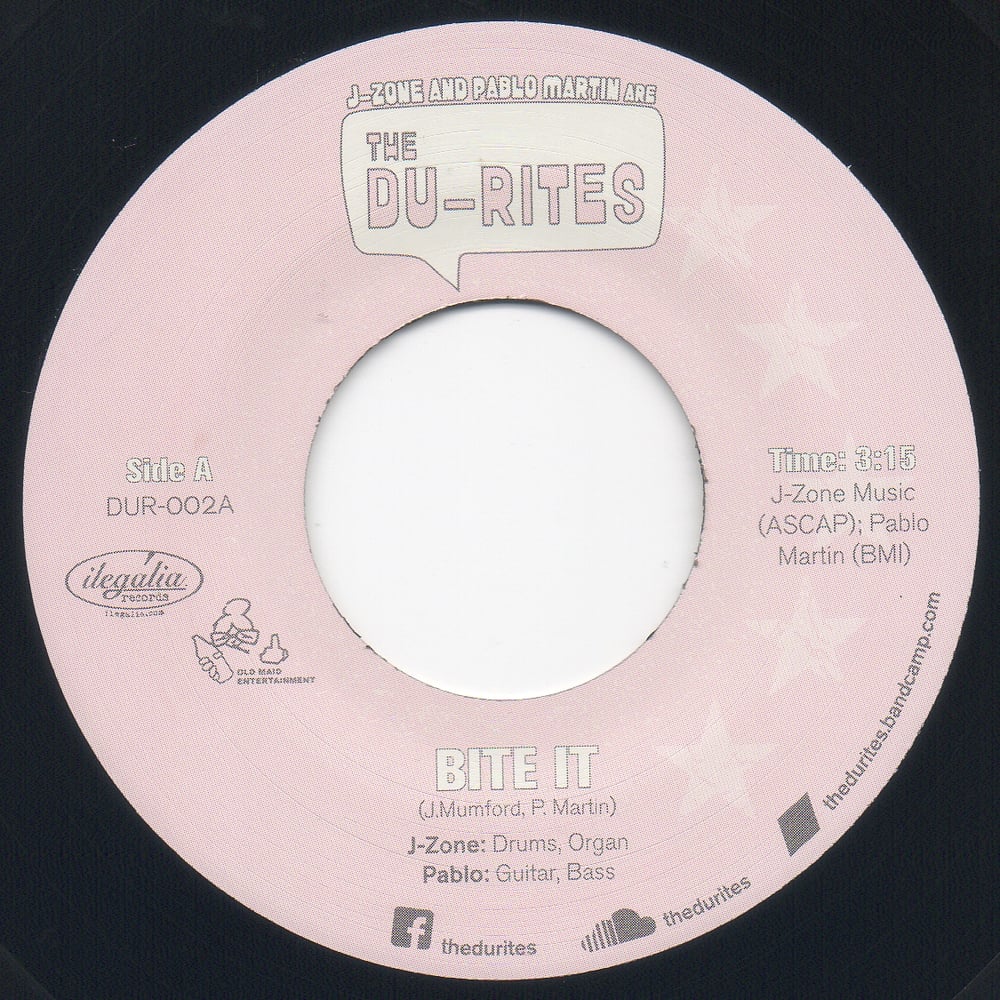 Individually, J-Zone and Pablo are known for their exploits as a hip-hop producer/MC and the guitarist in the current line-up of the legendary Tom Tom Club, respectively. But as they continue their roll as The Du-Rites with this release and their forthcoming sophomore LP, Greasy Listening, their divergent backgrounds continue to cook up a brand of funk that’s entirely their own.

“Bite It” - with drummer J-Zone’s numerous (and super funky) open drum breaks and organ riffs and Pablo’s blistering psychedelic guitar solo - is an example of hip-hop and psych throwing a greasy funk party and The Meters show up to crash it. The flip, “Bocho’s Groove,” raises the tempo for the dance floor, but the funk is no less heavy. Zone keeps the sticks flying with the b-boys and girls in mind, comps with the organ and peppers in his trademark dialogue cuts, while Pablo’s Fender Rhodes and guitar work evoke the funkier moments of ‘70s cop show scores.

The Du-Rites self-titled debut LP (on ReDefinition Records) sold through its limited 500 pressing in one month. This single has been pressed in the same quantity. If you snooze, you lose, dig?!