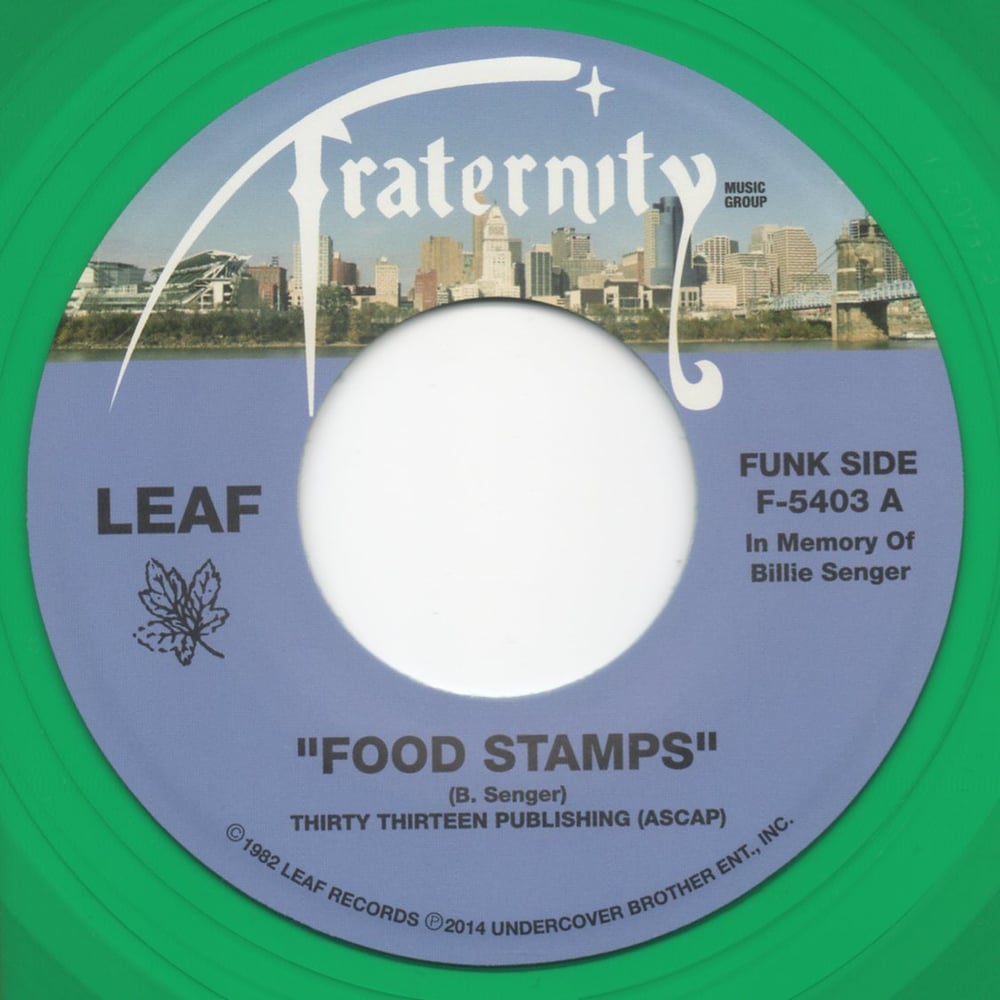 Leaf - Food Stamps / How Do I Know

Sitting somewhere between psych rock and freak funk, this reissue of a rarer-than-rare single from the unknown Baltimore band Leaf will please aficionados of both camps. Recorded in the early '80s but unknown until recently, the privately pressed single was only discovered after the death of the bandleader Billie Senger, who played all the instruments except for the drums (handled by his brother Joe Senger). About those drums: A massive break on each song ensures that funky DJs will be doubling up on this for years to come. Officially reissued for the first time after making an unauthorized appearance on a UK compilation, this 7-inch has been carefully re-mastered to sound better than ever before and is pressed on virgin green vinyl.