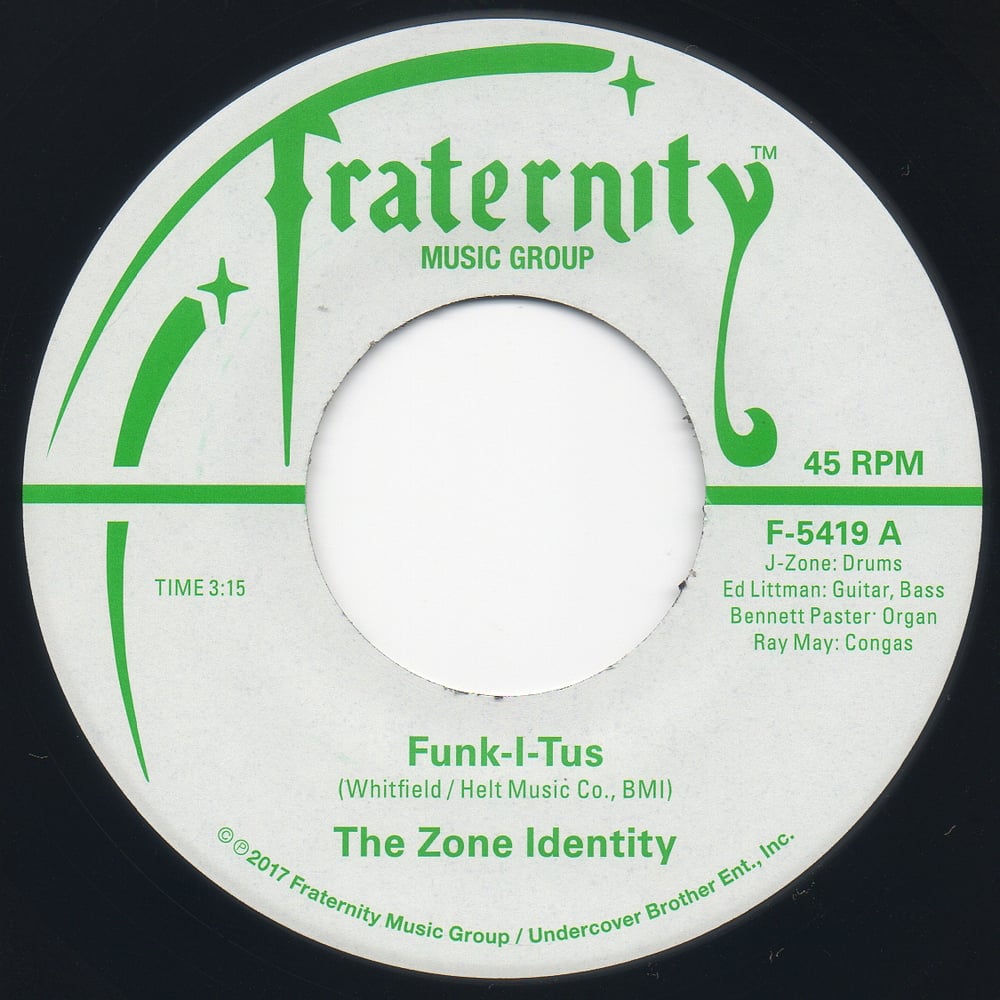 by The Zone Identity

In name, The Zone Identity sounds like a long forgotten band comprised of college students from the age of psychedelia that released one obscure 45 that lives on with a mortgage-busting price tag. It’s about 50 years too late for a story that cool – The Zone Identity is just the latest musical endeavor from producer, drummer, DJ, writer, multi-instrumentalist, (occasional) MC and music industry outsider, J-Zone.

After the unexpected cult success of The Du-Rites, J-Zone’s 2016 funk offering with guitarist Pablo Martin, the New York native follows with a different take on the funk for the inaugural offering of The Zone Identity. Working with a wide array of different musicians with different backgrounds for The Zone Identity makes for a more funk-jazz-inspired and solo driven take on J-Zone’s trademark drums and production. This debut 7” features jazz guitarist Ed Littman and Hammond B-3 organist Bennett Paster from Fraternity Music Group house band, The U.B.'s, as well as J-Zone’s go-to percussionist, Ray May, on congas. Littman and J-Zone split the bass playing duties. An avid funk 45 collector, J-Zone uses both sides of the release to pay homage to his musical heroes and favorite records with a spin on two of his favorite tunes. While the A-Side re-works “Funk-I-Tus,” an obscure late ‘60s offering from L.A.-based Warm Excursion, the b-side will be more familiar with its nod to “Let The Music Take Your Mind,” an early hit for J-Zone’s favorite band, Kool and the Gang. The original story is more exciting, but the reality is easier to believe. It’s also cheaper.