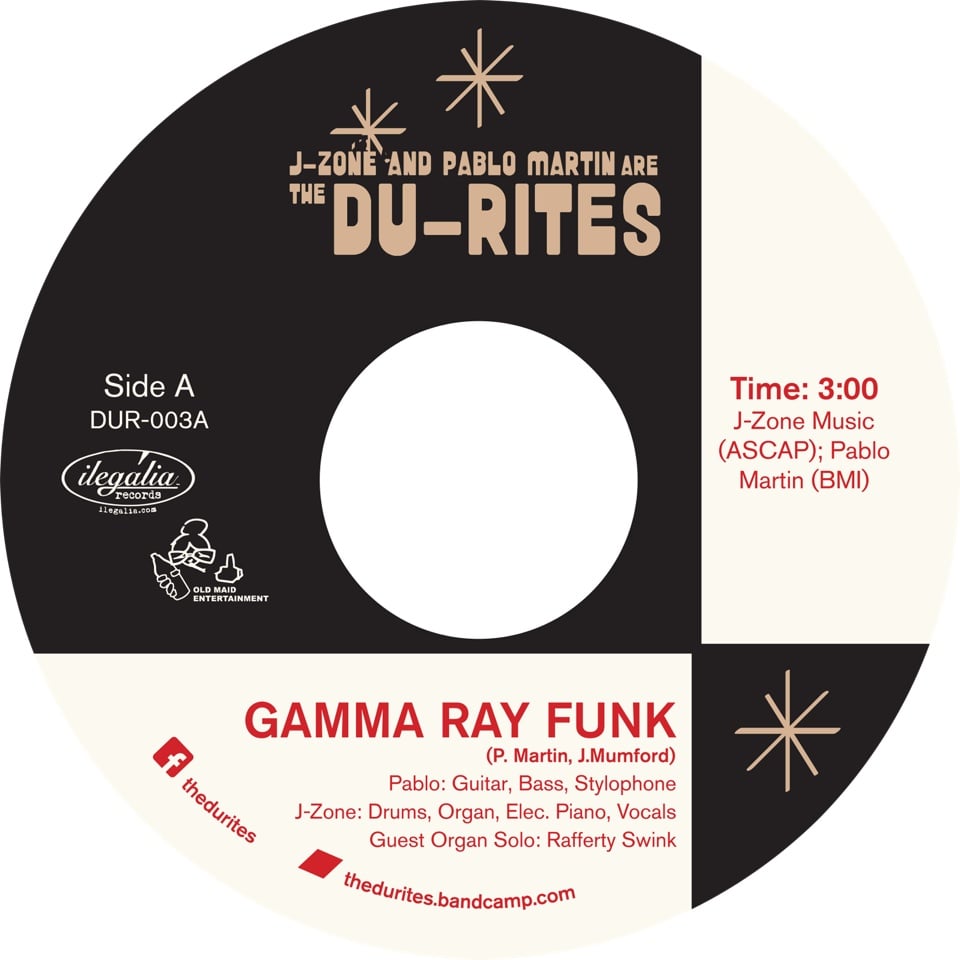 It took a few years for multi-instrumentalists J-Zone (Jay Mumford) and Pablo Martin to bring The Du-Rites to fruition. With the former in the twilight of his producer/MC run and the latter touring as guitarist with the legendary Tom Tom Club, The Du-Rites was a vanity project at best when it began in 2014. But in 2016, the New York City duo committed fully to the cause and released a pair of instrumental funk LPs - 2016’s self-titled debut and 2017’s Greasy Listening - in an 11 month period. From the look of things, album #3 in just as many years is on the way, with the first single, “Gamma Ray Funk” b/w “Fish Sammich” setting the tone with Jay’s syncopated drumming and screeching organs and Pablo’s greasy guitars and in-pocket basslines. This go round, The Du-Rites also throw a curve ball and outsource the talents of keyboardist Rafferty Swink for a cameo solo on the A-Side and do a thematic update to Kool and the Gang’s 1969 classic, “Raw Hamburgers,” on the b-side.

“Fish Sammich” is a b-side only release and will not appear on the forthcoming LP. Sop it up while you can.