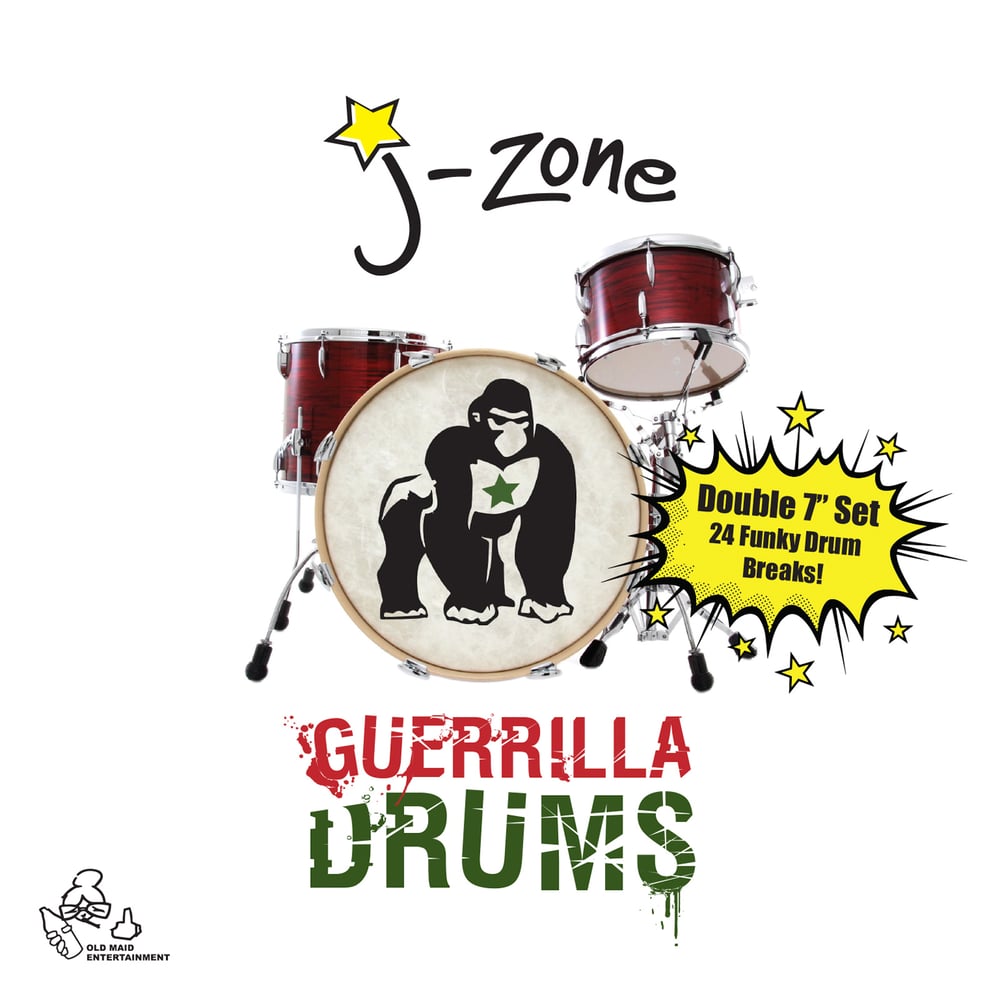 After the positive response to (and heavy sampling of) 2014’s Lunch Breaks and 2015’s Backyard Breaks, drummer/producer J-Zone took a break from the breaks. Looking to improve and develop as an all-around drummer, the New York native spent the next two years woodshedding, performing live with bands in different genres in New York City and developing his own funk bands, The Du-Rites and The Zone Identity. Zone also had big shoes to fill when he found himself in the drum chair for legendary funk outfit (and drum break/DJ staple), Manzel. The late-blooming drummer’s journalism background also inspired the Red Bull Music Academy column, Give The Drummer Some, in which he interviews some of the most recorded and sampled drummers of all time. With a two year crash course in playing, studying, practicing and talking drums with some of the greatest break architects of all time, J-Zone returns with knowledge and polish he didn’t have for the first two installments. 24 breaks deep, Guerrilla Drums is the result.