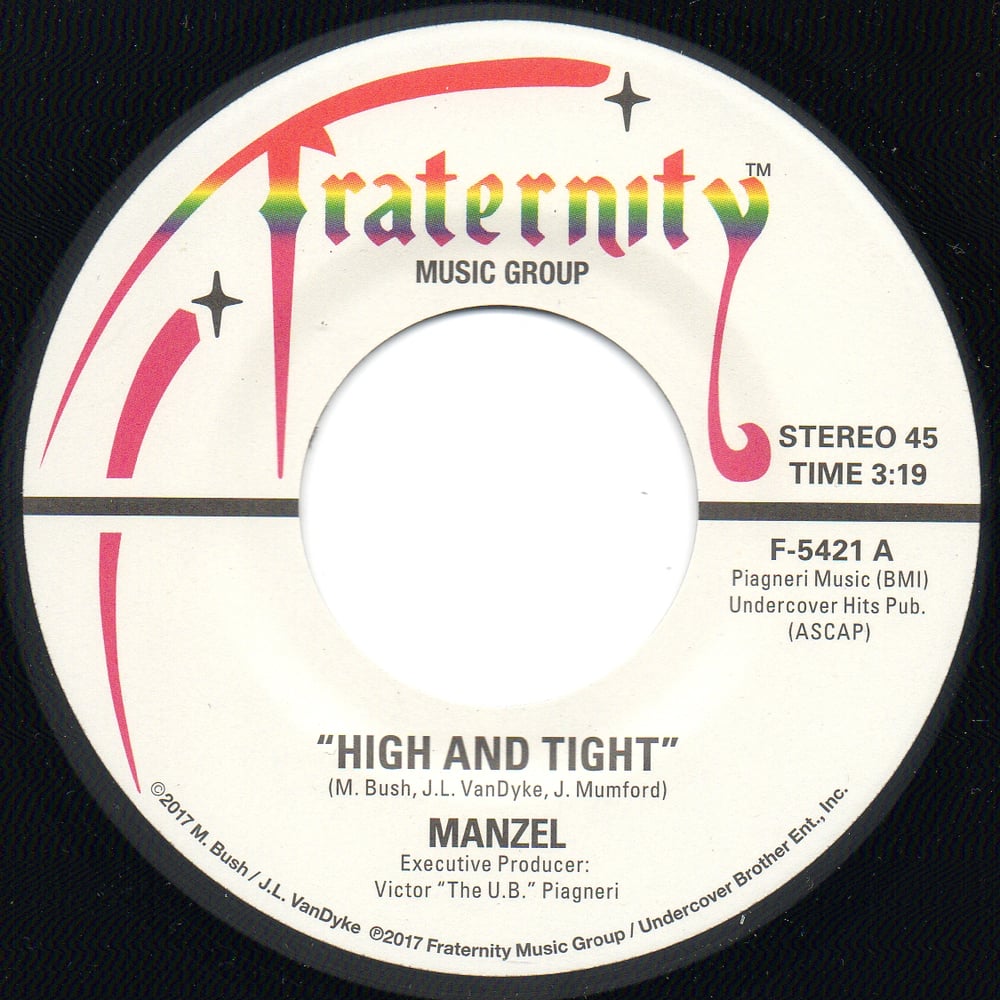 Nearly 40 years after releasing two of the greatest funk 7-inches of all time, the breakbeat masterpieces "Space Funk" and "Midnight Theme," the legendary Manzel is back on Fraternity Records with another sureshot double-sider. Originally comprised of Manzel Bush on keys, Larry VanDyke on guitar and late Steve Garner on drums, the 2017 incarnation of the group adds powerhouse Jay Mumford, p.k.a. J-Zone, in the drum chair and is lean and funky as ever. "High And Tight" is a classic party jam, complete with chanted vocals and a couple drum breaks that establish the new man in the trio is no joke on the skins. "Standing On Mars" continues the favored space-related vibe of Manzel's past releases, an uptempo jazzy instrumental dancefloor mover that simply cooks, with Manzel doing double duty on electric piano and organ.