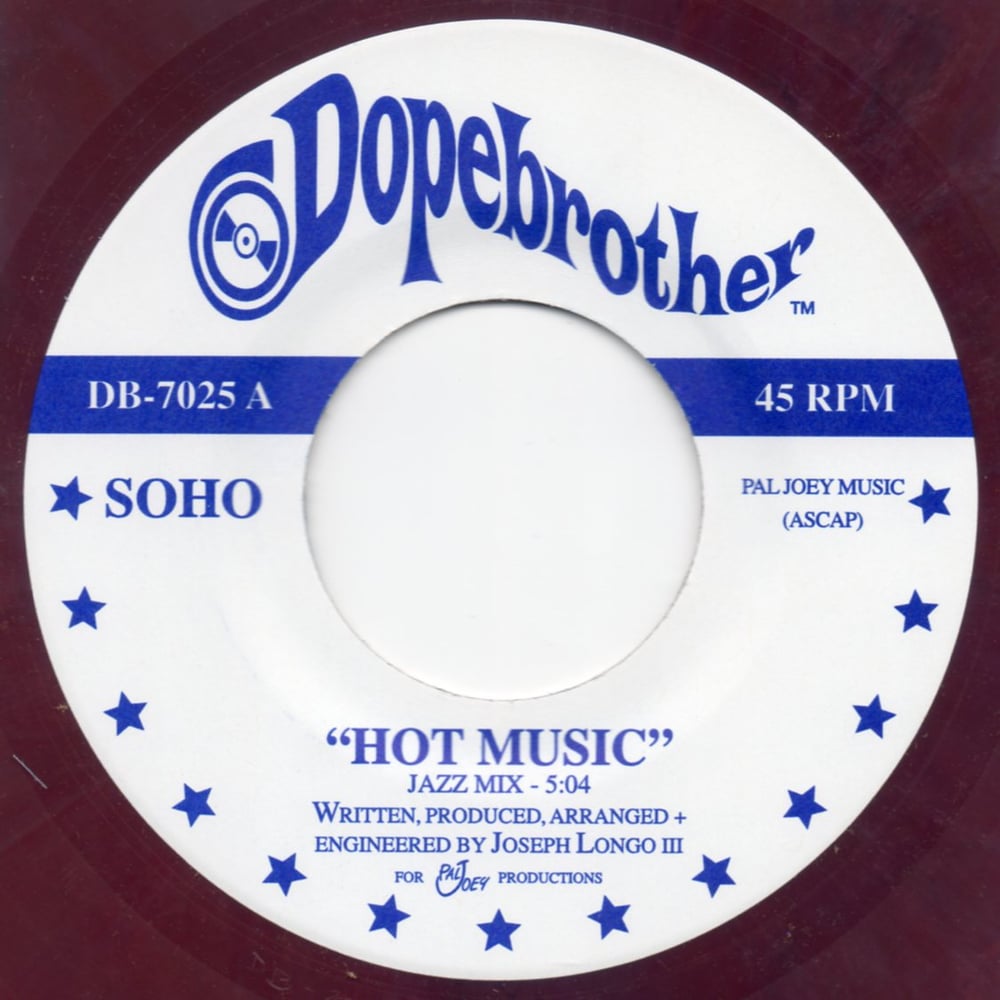 Pal Joey is one of NYC’s true sample-based music production legends. He has produced a diverse assortment of hits for artists such as Boogie Down Productions, Deee-Lite and The Orb.  This unprecedented 7-inch single has assembled two of his best-known solo efforts: "Hot Music" the Hip Hop/House crossover banger and "Dance" the groundbreaking House classic together as they were originally released in 1989. These timeless tracks show no signs of aging from their late '80s origin, both are still in heavy rotation with club DJs today.  This never before seen on a 7-inch pressing is a limited and fully licensed Dopebrother Edition. This release is both a collector's item and a serious weapon on the dance floor.