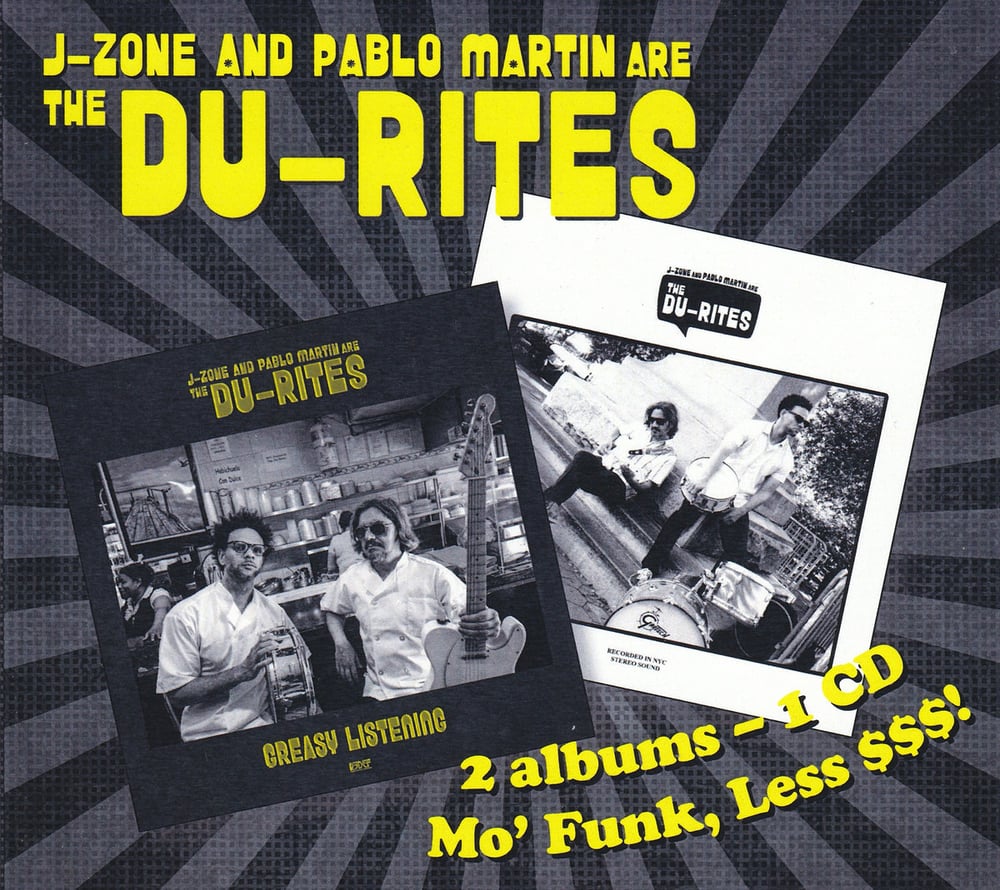 Less than a year after their out-of-nowhere debut LP, J-Zone and Pablo Martin (aka The Du-Rites) return with their sophomore effort, Greasy Listening. The positive response to their 2016 self-titled offering inspired the NYC funk duo to become winter-spring studio rats and churn out 13 new tracks that both pick up where the initial offering left off and explore previously uncharted territory.

Where their almost entirely instrumental debut often built upon jams and vamps, the tunes on Greasy Listening are composed and arranged with more attention to detail, feature some vocal narrations and rely less on soloing. Undermanned as a duo, the J-Zone and Pablo realize they would they need to tighten up the areas beyond their main instruments (drums and guitar, respectively) to prevent rehashing their debut. These limitations birthed raw (but charming) organ solos, electric piano riffs, greasy bass solos and commentary, all of which were almost absent on the first LP. This go round is also an opportunity to be tongue-in-cheek about being forced to multi-track everything as a two-man band. Greasy Listening is a “live” concert staged at a fictitious hole-in-the-wall chitlin circuit venue fittingly dubbed: The Collard Green Lounge.

The aforementioned limitations have aided The Du-Rites in creating their own sound, which nods to both Pablo’s tenure as guitarist in new wave band, Tom Tom Club, and J-Zone’s former path as a hip-hop producer/artist, but somehow remains its own entity.

Welcome to the Collard Green Lounge for some nasty, dripping bacon fat Greasy Listening with The Du-Rites. Don’t tell your doctor you were here.

Both Greasy Listening and The Du-Rites eponymous debut are included on this 25-track CD.