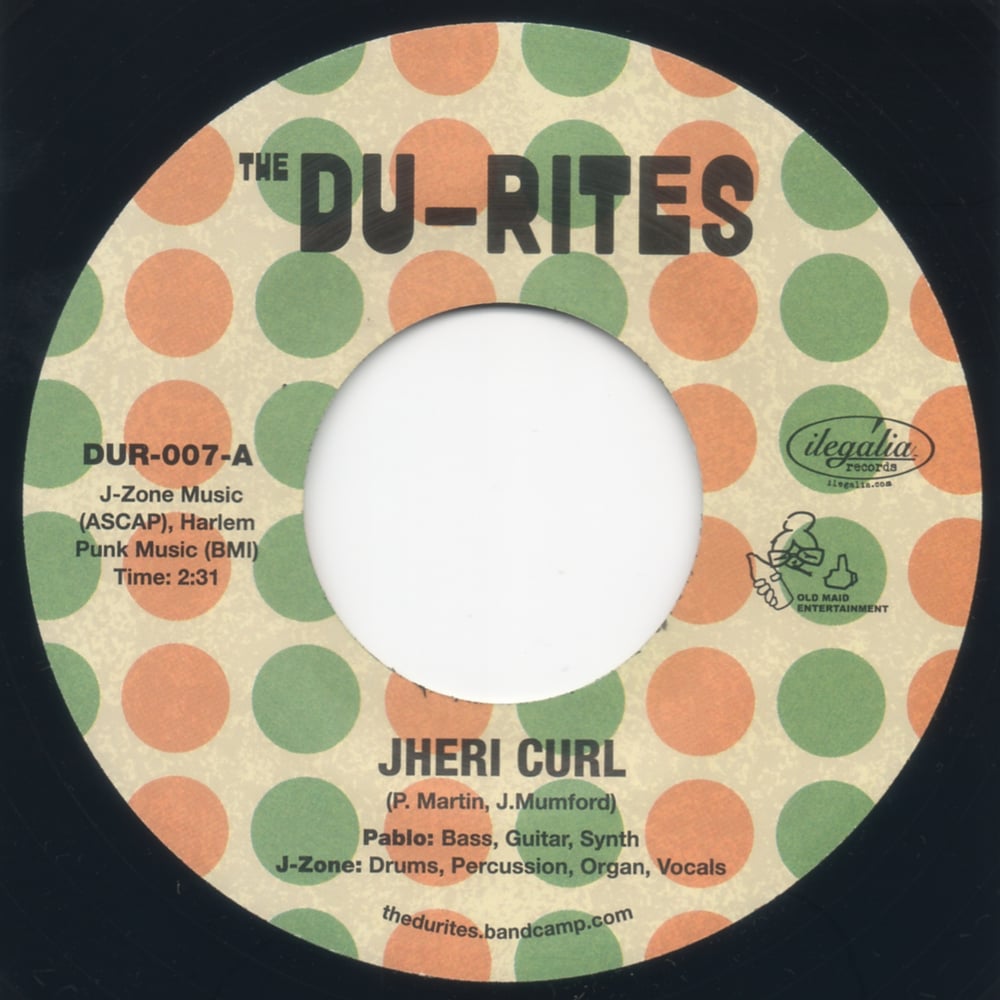 J-Zone and Pablo Martin return to the funk fold with a summer smoker for your IG live DJ sets, mixes and Zoom meetings! On a serious note, with all the traumatic events of 2020, some feel good funk could also be a well-needed breather for some of us. This is also a glimpse into where the funk duo is heading with their upcoming fifth album.

The A-Side employs drummer J-Zone’s numerous groove switches - from four-on-the-floor to inverted funk to B-Boy breaks and back again. Rolling percussion and Pablo’s chicken scratch rhythm guitar support the groove while a humorous nod to the greasy 1980s hairstyle (that’s yet to be revived) is celebrated, accompanied by some tasteful Hammond organ work.

The flip side is a party on wax, similar in vibe to a house party in the 1970s. Banter from the party people carries the soul of the tune while The Du-Rites supply the groove. The stop-start syncopation from the drums locks in with greasy basslines, bluesy guitars and rolling organ riffs once again. Hopefully one day we’ll party this hard (and this funky) again in person.