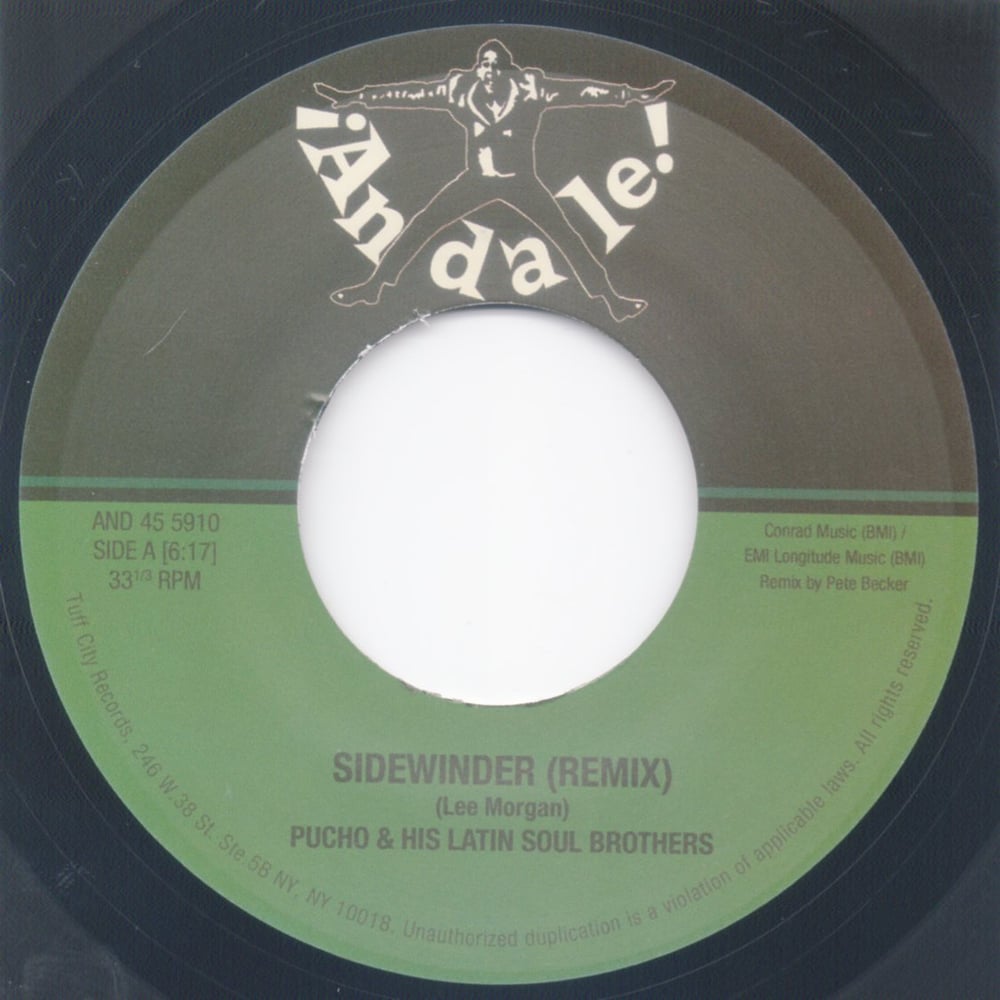 by Pucho and His Latin Soul Brothers

New from Tuff City's ¡Andale! label, this 7" features never-before-heard remixes of Lee Morgan's "Sidewinder" and Whitfield & Strong's "Got Myself a Good Man" from bandleader Henry "Pucho" Brown's 90s comeback. In the 60s, Pucho cut over half a dozen albums for Prestige and played with the likes of Joe Panama and Chick Corea. But the timbales player, an African-American who generously combined equal elements of jazz, Latin, soul, and funk, struggled to gain the recognition of Latin jazz musicians that he deserved. It wasn't until the 90s, when his back catalog began to generate buzz in British acid jazz circles, that with a comeback of several new releases Pucho's talent for strong dance grooves was fully appreciated.