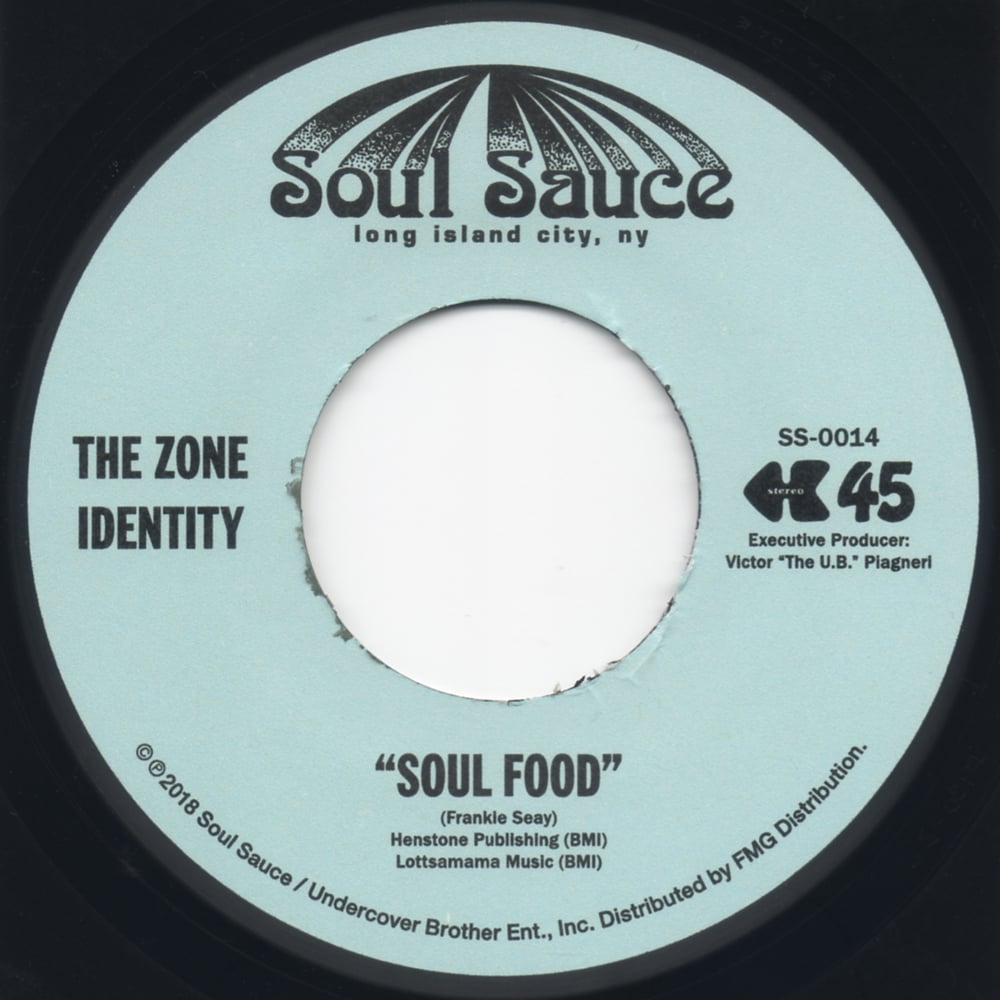 by The Zone Identity

Fraternity Music Group is not messing around with the latest release on its Soul Sauce imprint. Featuring newly recorded covers of two drum-heavy breakbeat classics, this could pass for a long-lost outtake from 1972 but knocks just as hard as anything out now. Frankie Seay's "Soul Food" is a ridiculously rare Floridian funk cut that The Zone Identity—featuring leader J-Zone on drums with Ray May on congas and Ed Littman and Bennett Paster from The U.B.'S—really digs into, massive intro drumbreak and all. The flip, a take on the Booker T classic "Melting Pot" (with a percussive nod to the Boris Gardiner arrangement), has already been tested with the b-boys and received the highest accolades. Once again, a powerful double-sider that will be an essential addition to the funky DJ's box.