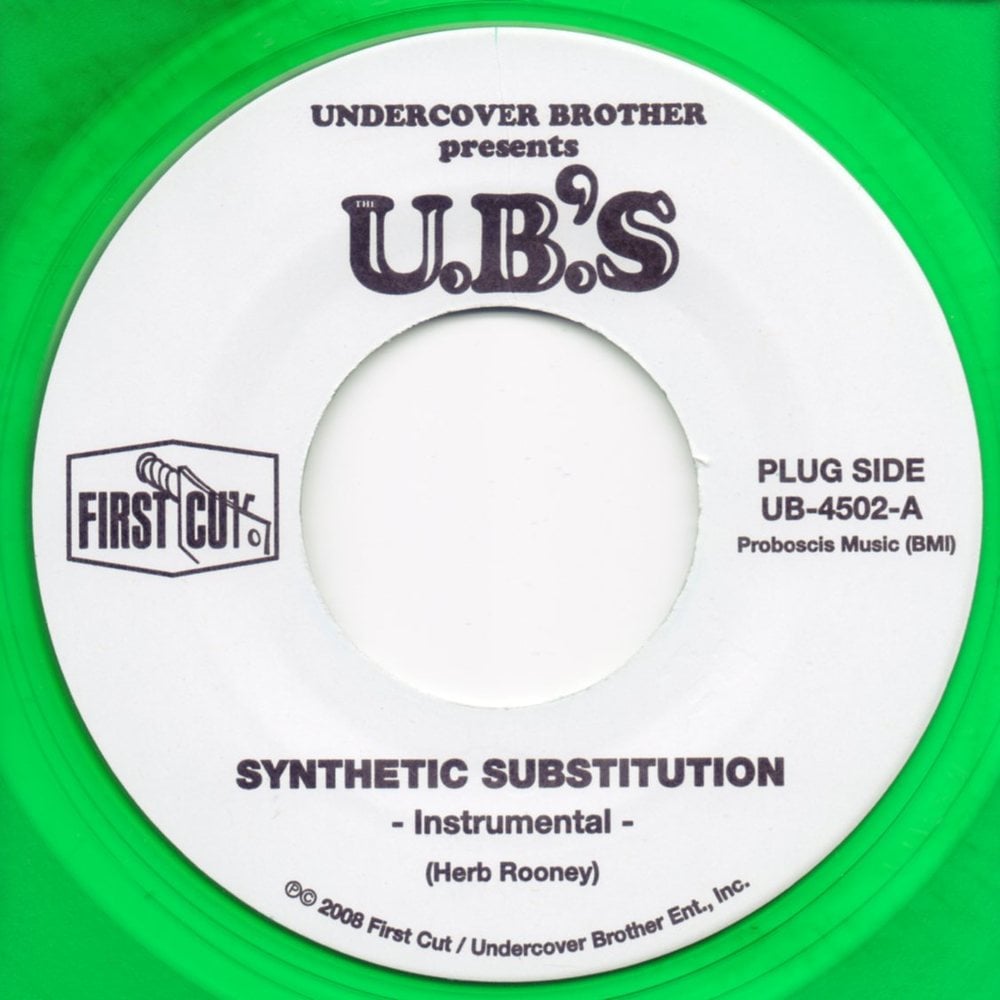 In 1973 a little-known record was released that defined the sound of Hip Hop drums. “Synthetic Substitution” is universally acknowledged to be THE source for boom-bap kicks and snares, having been used in hundreds of songs by every big name producer to ever touch a sampler. Now, for the first time, an alternate version of this landmark cut has surfaced. This is no sloppy, bar band cover made for a quick buck – The U.B.’S (a shadowy group of serious session cats, put together by Yeahman & Victor “The Undercover Brother” Piagneri) have crafted a meticulous rework that honors not only the signature drum intro but also, the moody melodic heart of this most soulful classic. Side one of this 45-only release features a Wes Montgomery-esque guitar taking the lead role, while the flip showcases the tough, tight instrumental backing. Essential, stop-you-in-your-tracks material for all beat heads and a real keeper for the soul heads.