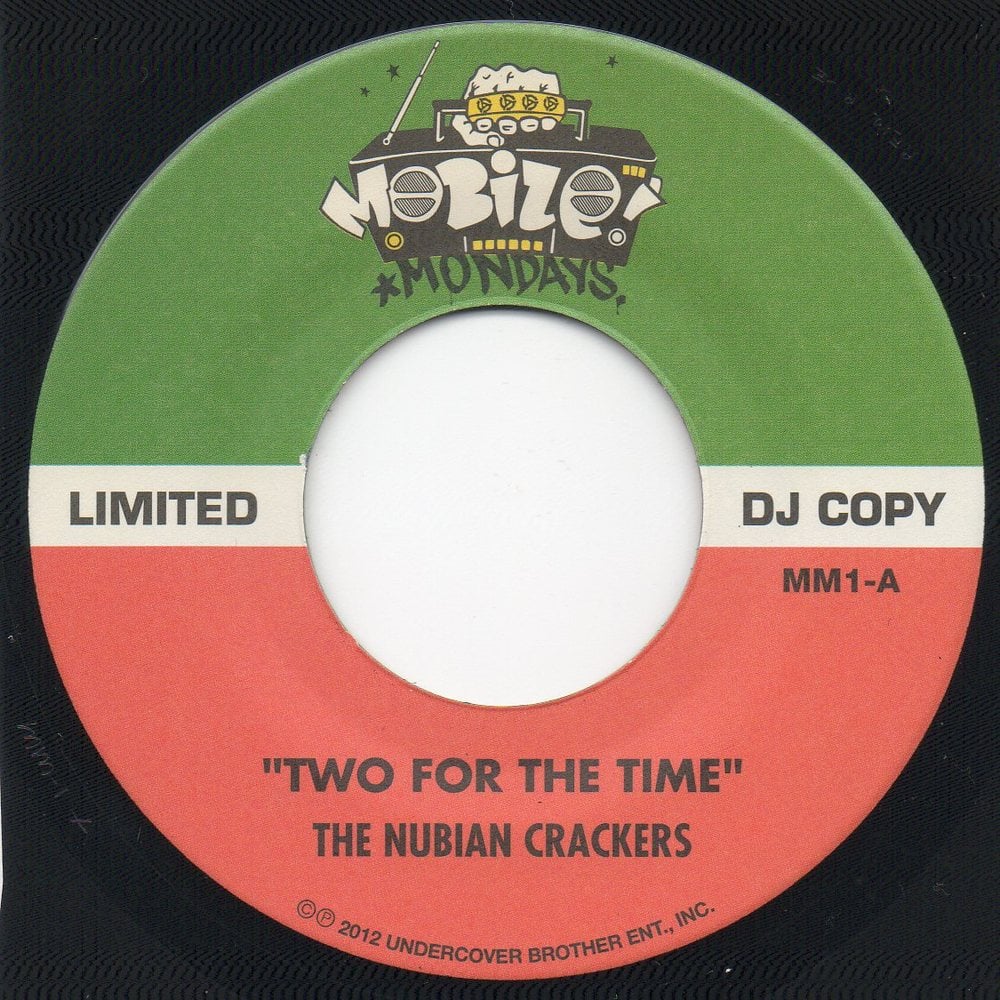 MM-1
Side A: The Nubian Crackers - Two For The Time
Side B: Chocolate Bam Boo - Test Da Rocket Launcha

Straight from the vaults of the Undercover Brother himself comes this extremely limited 7-inch repressing of two stone cold sureshots from the golden era of New York City sample-based hip hop. "Two For The Time" first made an appearance in 1992, quickly becoming a favorite with club and radio DJs for its irresistible mash up of classic party breaks. "Test Da Rocket Launcha" soon followed, expanding on the formula via a succession of perfectly matched reggae vocal hooks. Both of these cuts were, and remain, instant party-starters in the Big Apple and beyond. It was for this very reason that this 7-inch was pressed, to commemorate one of NYC's best parties, the 7-inch-only Mobile Mondays sessions. Less than 400 copies worldwide!