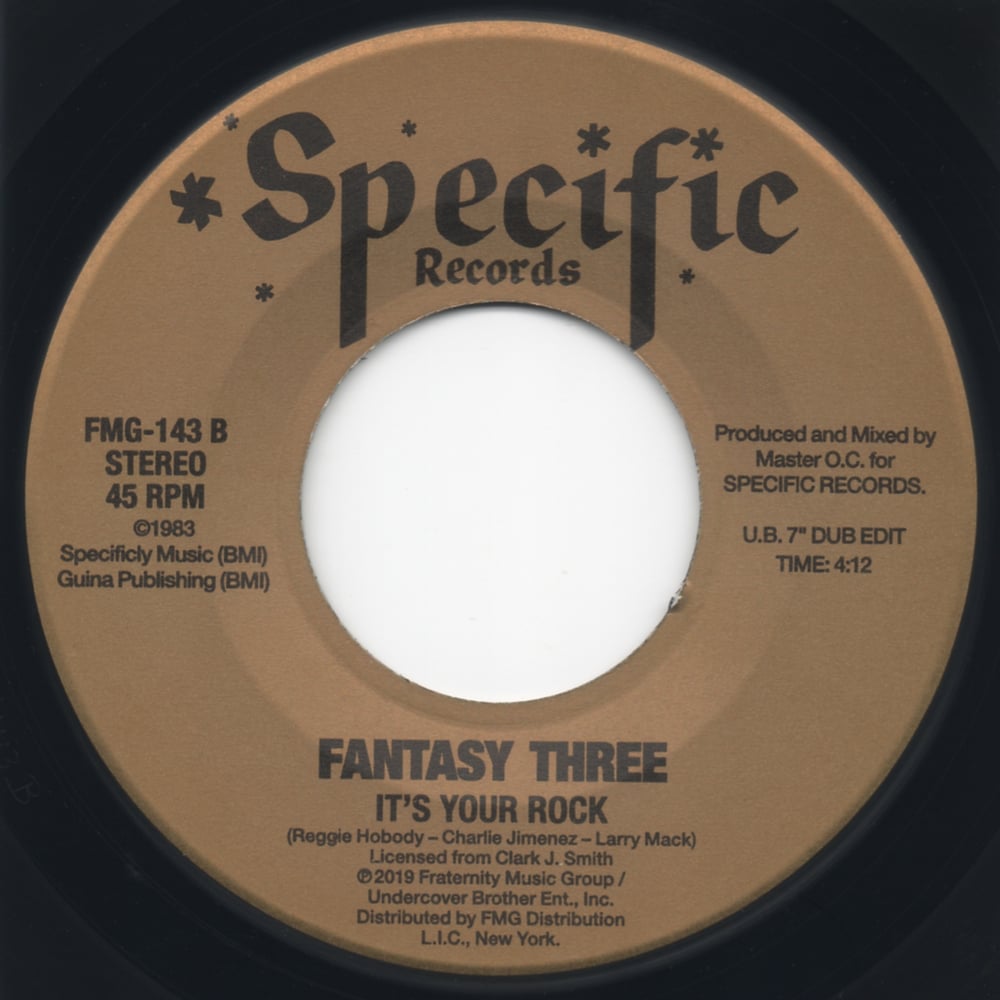 Fraternity Music Group’s 1st Time On 7” Series continues with one of the hardest tracks ever put to wax in the early hip-hop era. “It’s Your Rock” was the first of only three records put out by the Fantasy Three, a Harlem trio consisting of Charlie Rock, Larry B and Silver Fox, and has been revered for both its slick rhymes and a massive B-side dub. Mixed by electro/hip-hop godfather Aldo Marin, the monster dub still destroys speakers and blows minds, from the atomic explosion intro to the phasing drums (courtesy of Pumpkin) and wild echo effects. For this Fraternity Music Group reissue, we’ve commemorated the song’s first issue on 7-inch with a special edit by The Undercover Brother himself. Fully licensed and issued with the blessing of Specific Records, this essential piece of New York City music history has been re-mastered especially for this loud and DJ-friendly pressing, and comes in a unique throwback Specific Records company sleeve.