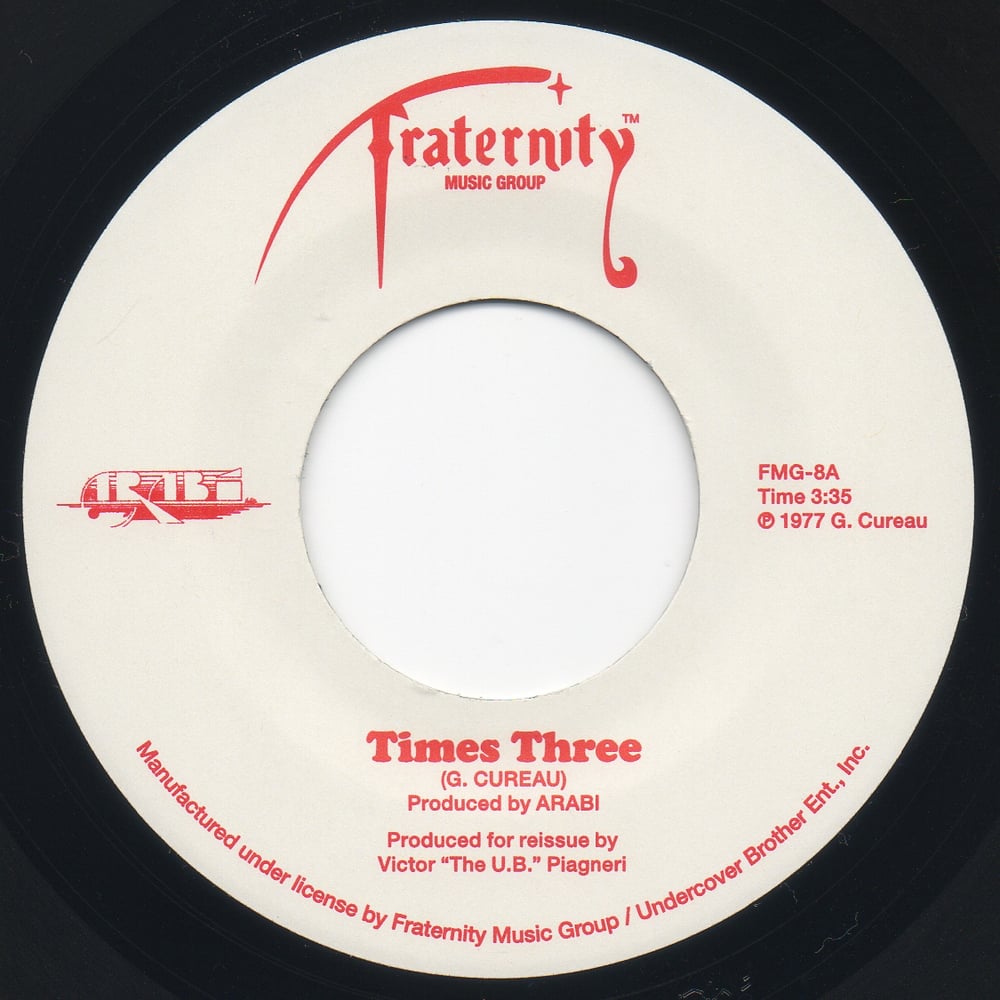 Every so often a song comes along that ticks all the boxes, and Arabi's "Times Three," originally released in 1977 on the Sound Of New Orleans label, is one of those special cases. Rare and sought-after? Check. Ridiculous drum break? Check. Crossover appeal? Absolutely. But really—is it a good song?? Check, most definitely, check. Let’s be real: the first 20 seconds of the record, with the aforementioned drum break and an earworm guitar and keys hook, are worth the price alone (and you can be sure that your favorite DJ has already clicked “add 2” to cart). Continue with a relentlessly catchy groove that has enough rock to toughen up disco and just enough boogie to funk up the rock, plus deep lyrics that directly address the everyday struggle, and you have a song that sells itself. This Fraternity Music Group reissue is fully licensed from the original artist and as always has been re-mastered and pressed with the highest quality control. If you know "Times Three," you’re already on it. If you don’t, here’s your fair warning. After that, play catch up.